Kelsey or Loveita: Who’s coming back into the Big Brother Canada House?

Why does good television have to equate nail-biting, edge-of-your-seat emotional rollercoasters and a really, really good episode always ends in a cliffhangers. Aaaaarrrrghhh!!!! That’s exactly what happened Thursday night when Alma Latina Online Magazine was present at one of Big Brother Canada’s Live Eviction tapings. Now, a little background: all four of us in our family have been regular Big Brother fans for a long, long time. And we have not missed an episode of Big Brother Canada since it started. The ultra popular show is now in its fourth season— in fact, Big Brother Canada just celebrated a very important milestone on Wednesday, airing their 100th episode. And its success with Canadian audiences, as the show does worldwide, just keeps growing. 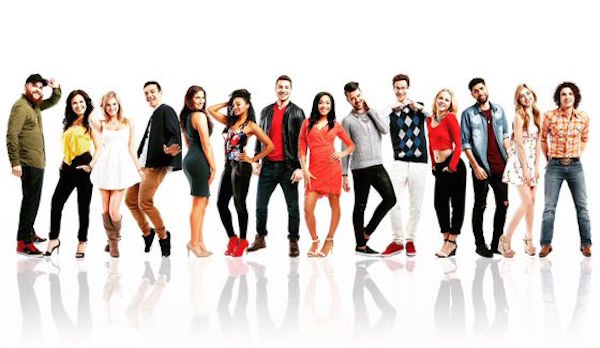 So not only were we in the show as a hardcore fans but this particular episode was a very special one. But let me catch you up on what’s happened this season so far and then I can tell you why the episode was so important: The 4th season of Big Brother Canada premiered on Wednesday, March 2nd, 2016 on Global Television Network. 15 houseguests were invited to move into the house, and this year’s show includes two international wild cards: Tim from Australia and Nikki from England– both highly entertaining and to be quite frank, basically a little insane. One by one— based on weekly mental and physical competitions but also on whose social game is best— houseguests will be eliminated until only one person remains and he or she will be selected by a jury (all eliminated houseguests) to be the winner of Big Brother Canada Season 4. In Canada this lucky contestant takes home a $100,000 cash prize, a $25,000 gift card from The Brick, as well as an OxiClean $10,000 prize-pack that includes $500 of fabric care products and a $9,500 wardrobe make-over.

The house itself comes with all the bells and whistles. This year’s theme is a colourful one: a Vegas-style luxury hotel and casino. As for the houseguests this season, they come from all over Canada: Social Media Strategist Cassandra and Pipeline worker Jared (the alpha male of the group and an early favourite to win it all) both hail from Winnipeg, Manitoba. Other west coast houseguests also include Housekeeper Christine and Server Maddy (Vancouver, BC); Musical theatre actor Joel, Fashion Stylist Raúl (originally from Mexico) and Flight Attendant Kelsey from Calgary, Alberta as well as CEO Loveita from Fort McMurray, Alberta. Ontario is also well represented in the house by YouTuber Mitchell (Guelph), university students (and the only siblings of the group, and playing as one) Nicholas and Philippe (Ottawa), Veterinarian Tech Assistant Paige (Thunder Bay) and Digital Marketer Ramsey and CS Supervisor Sharry both from Toronto. Welder Dallas, the only east coast guest in the house, is also the first male houseguest to have been eliminated from the BB Canada house so far.

Which brings me to my biggest disappointment for this season. What’s going on with all the women in the house this year? There are ways in which Big Brother Canada is reflective of the Canadian way of life and the way Canadians are: welcoming, for the most part non-confrontational, open to new adventures and very tolerant of each other’s backgrounds, ethnicities and religious practices. It’s actually really refreshing to see this, having watched many seasons of the American version of the show. Not a lot of open-mindedness there! But hopefully the microcosm that is the Big Brother Canada house doesn’t reflect what the female to female relationships in the world are: All of the five first evictees were female: Sharry, Paige, Christine, Kelsey and Loveita. I’m being a little hopeful but I have been a woman way too long to not see a lot of the same traits in that small world of the house to be similar to the outside world. There’s something to be said for male bonding. It’s 2016 and we’re a long way away for women to do the same. Can’t we all join a Red Tent type of sisterhood?

As for why this particular episode is so special, well…As it’s always the case, you have to expect the unexpected from Big Brother. Last week’s double eviction was in fact a fake one, and instead of sending Kelsey and Loveita home, and unbeknownst to the rest of the house, Big Brother Canada kept the two wild cards in a separate room of the house— at time watching, listening in and even dictating the fate of the house— only for one of the two to be brought back into the house on Sunday. The audience in the Live Eviction taping (packed house, by the way) were going to be privy to this very juicy piece of gossip: who would be returning to the Big Brother Canada House. But Big Brother played us as well because they left it on a cliffhanger ending: the houseguests were told it was up to them to decide, but the decision has to be unanimous. Not fair! We were all so eager to know and now we must wait with the rest of Canada! Why, Big Brother Canada, W-H-Y? To add insult to injury, the live feeds were taken off to allow the houseguests to deliberate without the rest of Canada knowing. Cliffhanger, I tells ya!

But this is what good television does. And this is why we are so hooked on this show. That and to watch what super stylish and super funny Big Brother Canada host Arisa Cox will wear next. We’re not sure who her stylist is or if she’s doing this all on her own, but Ms. Cox has been knocking it out of the park with her fashion style this season– well, she always has. She looks stunning all the time, no matter what she wears.

So stay tuned, folks! And try to find something useful to do while you wait to see who goes back to the Big Brother Canada house: Kelsey or Loveita. Can’t wait! 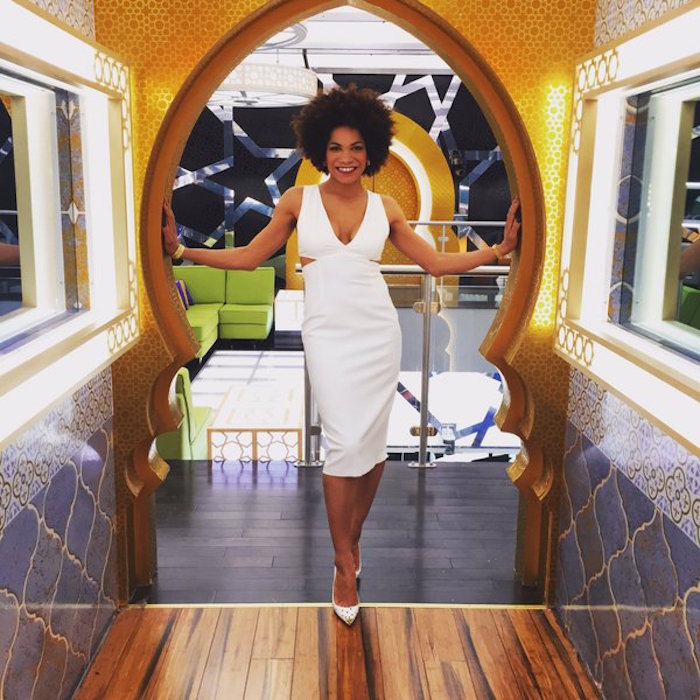 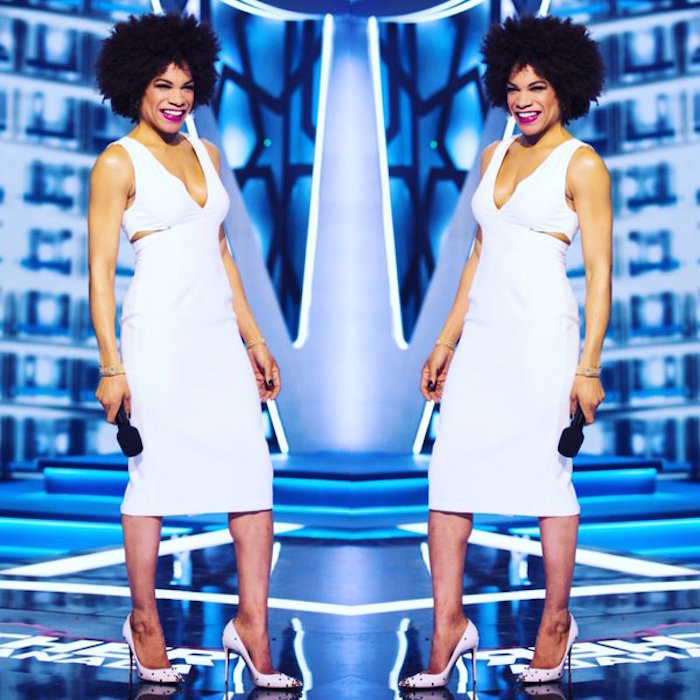 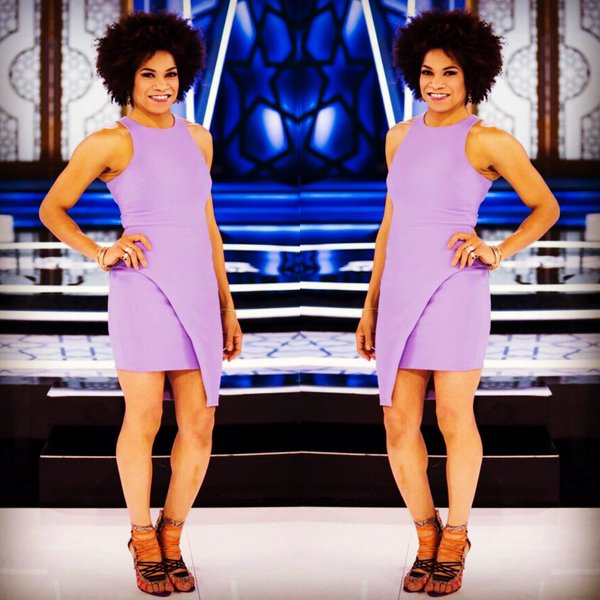 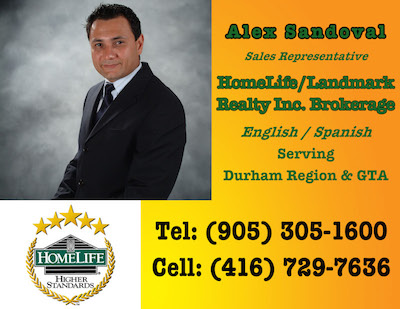 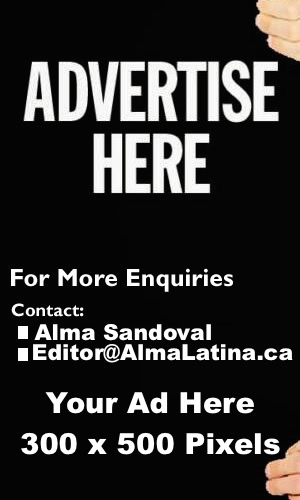